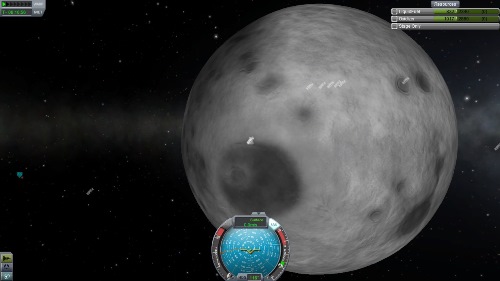 Here's where I landed on my first arch mission. 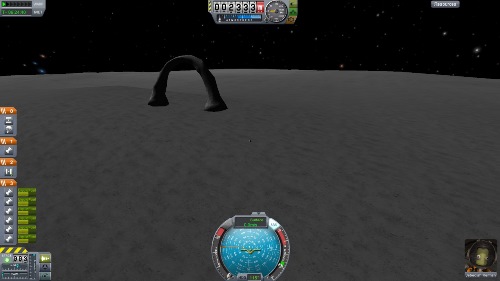 I have managed some closer landings, but I haven't gone so far as to attempt landing on the top of it (which I've seen done in a video or two).

Before popping out for an EVA, I jumped to the Jeb's-eye-view from the cockpit to... I dunno, fiddle with switches or something. But what I saw happening out the window caught my eye. 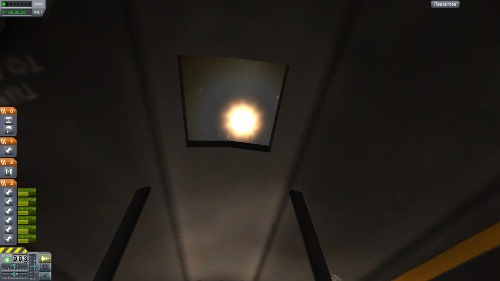 We were about to have a total solar eclipse.

DAMN THE SAFETIES, JEB! GET OUT THERE AND TAKE PICTURES!

A quick (read: sloppy) jetpack flight to the top of the arch and pause for a selfie... 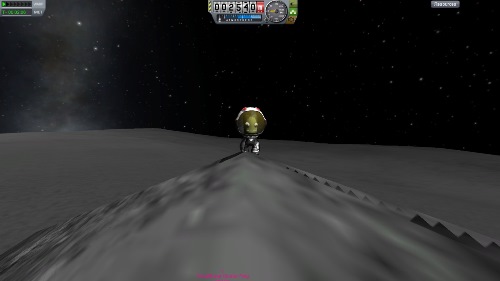 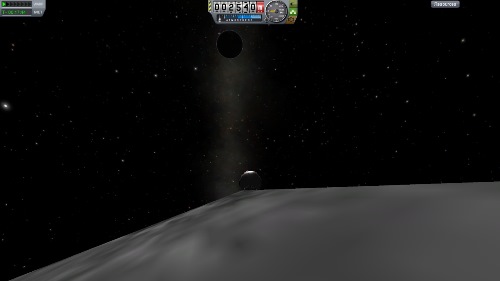 Dammit Jeb. You missed the start. No Science Points for you! 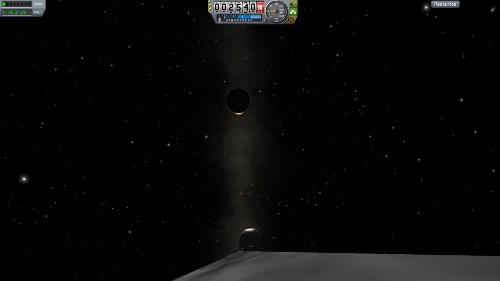 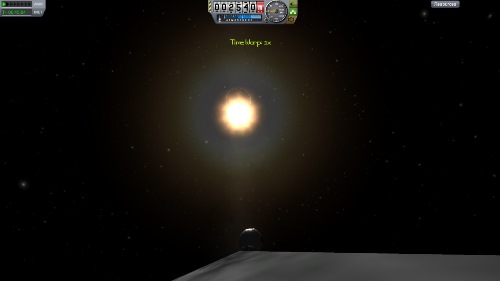 I didn't bother taking any more screens on that mission, but getting back off the Mun and home with that much fuel onboard is pretty damned easy.

Since then, I've started trying to see just how much delta-V I can get out of the limitations imposed by the demo. My general test method is to shoot straight up until I run out of fuel and see just how much velocity I've accumulated. Using this method at sunset, with enough d-V (>9000!!!!!), you can actually come to a complete stop relative to the Sun and begin the long free fall to a spectacular immolation. 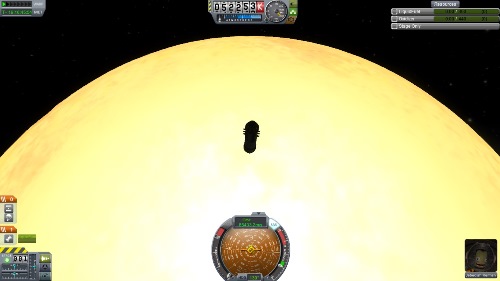